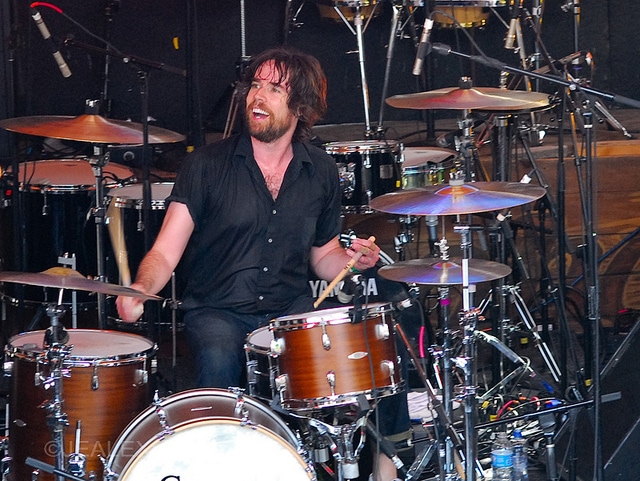 This week on The One You Feed we have Jon Wurster.

I first knew of Jon Wurster as the drummer of Superchunk. From there I began to listen to his work on The Best Show on WFMU which I immediately loved. He plays a series of confident yet clueless characters: Philly Boy Roy,  Mike Sajack (Pat Sajack’s pretend brother) and basketball coach Rich McGuiness, among many others. Absolute hilarity. His partner Tom Scharpling plays the perfect straight man to Jon’s characters. You can hear so many of these at The Best Show Gems site. Highly recommended.

In addition to his work with Superchunk he is also the drummer for The Mountain Goats and Bob Mould. He has played with countless other artists including AC Newman, Katie Perry and R.E.M.

He plays Aimee Mann’s boyfriend in a shot-for-shot remake of the Til Tuesday classic Voices Carry for Aimee’s song Labrador. He has also directed other videos and written for TV.

He is also one of the funniest people on Twitter today.

In This Interview Jon and I Discuss…

The Best Show on WFMU Archives