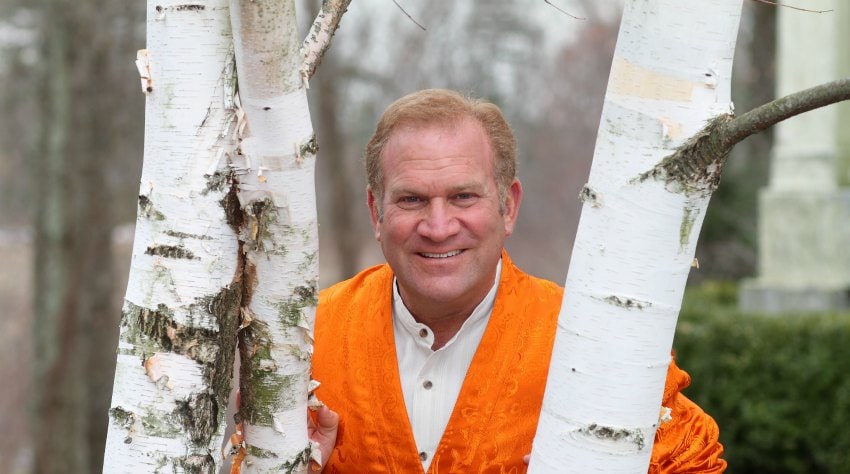 Lama Surya Das is one of the foremost Western Buddhist meditation teachers and scholars, one of the main interpreters of Tibetan Buddhism in the West, and a leading spokesperson for the emerging American Buddhism. The Dalai Lama affectionately calls him “The Western Lama.”

Surya has spent over forty five years studying Zen, vipassana, yoga, and Tibetan Buddhism with the great masters of Asia, including the Dalai Lama’s own teachers, and has twice completed the traditional three-year meditation cloistered retreat at his teacher’s Tibetan monastery.

Surya Das has been featured in numerous publications and major media, including ABC, CNN, MSNBC, NPR, The Washington Post, One segment of the ABC-TV sitcom Dharma & Greg was based on his life (“Leonard’s Return”). Surya has appeared on Politically Correct with Bill Maher, and twice on The Colbert Report.

Surya is the author of thirteen books, his latest is called Make Me One With Everything: Buddhist Meditations to Awaken from the Illusion of Separation.

In This Interview Surya and I Discuss…