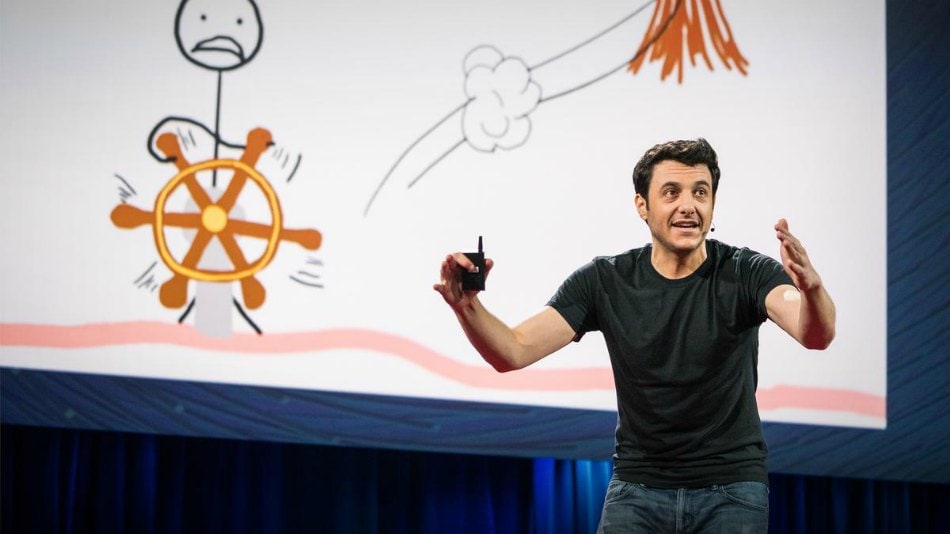 Tim Urban writes a pretty famous blog called Wait But Why – have you read it? Whether you have or you’ve never heard of it before, this episode will not only thoroughly entertain you but it will also help you implement a playful yet powerful approach to ending procrastination and augmenting your productivity on a daily basis. When it comes to things like building habits or mindfulness about your moment to moment tasks, nothing helps your self-confidence more than following through on something you told yourself or others that you were going to do. In this episode, Time Urban teaches you lots of hacks to do just that and you’ll chuckle a lot along the way. Get ready to meet these cast of characters: the rational decision maker, the instant gratification monkey, and the panic monster.

This week we talk to Tim Urban

Tim Urban has become one of the Internet’s most popular writers. With wry stick-figure illustrations and occasionally epic prose on everything from procrastination to artificial intelligence, Urban’s blog, Wait But Why, has garnered millions of unique page views, thousands of patrons and famous fans like Elon Musk

His recent Ted talk has been watched almost 15 million times.

His articles have been regularly republished on sites like Quartz, The Washington Post, The Atlantic, TIME, Business Insider and Gizmodo. In 2015, Fast Company wrote that “Wait But Why is disproving the notion that thoughtful, long-form content and virality are mutually exclusive.”

Recently, Urban received a call from Elon Musk, who told Urban he liked his writing and asked Urban if he’d like to interview him and write about his companies. Urban accepted, and spent the next six months writing a thorough blog series that Vox’s David Roberts called “the meatiest, most fascinating, most satisfying posts I’ve read in ages.” Since then, Urban’s relationship with Musk has continued: Musk invited him to host SpaceX’s launch webcast, solicited Urban’s input and slide illustrations in a talk he did at the December 2015 Climate Change Conference in Paris, and recently granted him early access to information about SpaceX’s interplanetary transport system for use in a post on Wait But Why.

In This Interview, Tim Urban and I Discuss…